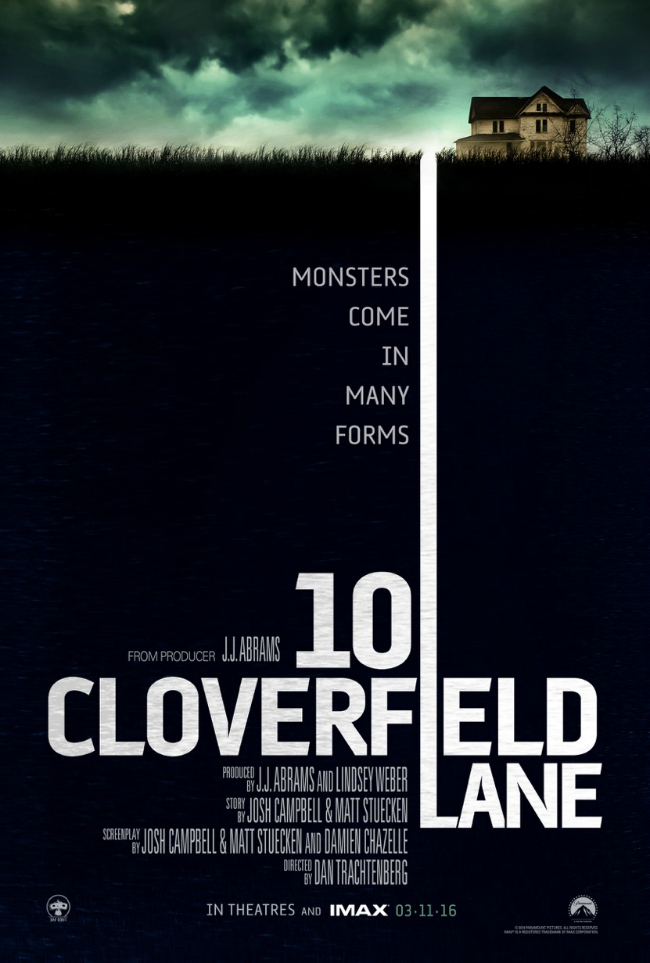 Shocking. Intense. Compelling.10 Cloverfield Lane is a mild thriller film that brings fear of the unknown on a different level and a confined setting. With little elements of the film being played all throughout, the film managed to pull of some good cinematography and creative storytelling technique. The film’s sound engineering was also top notch. I was actually impressed with this one. Had a few solid scares and edge-of-the-seat moments. The cast is just brilliant. What I love about this film is the fact that even though its a post-apocalyptic one, the film was able to maximize a single setting & characters as if you are watching a full-length one. The Climax might confuse other audience but there is a reason why it has Cloverfield in its title. Highly-recommended to watch. 5/5 stars.