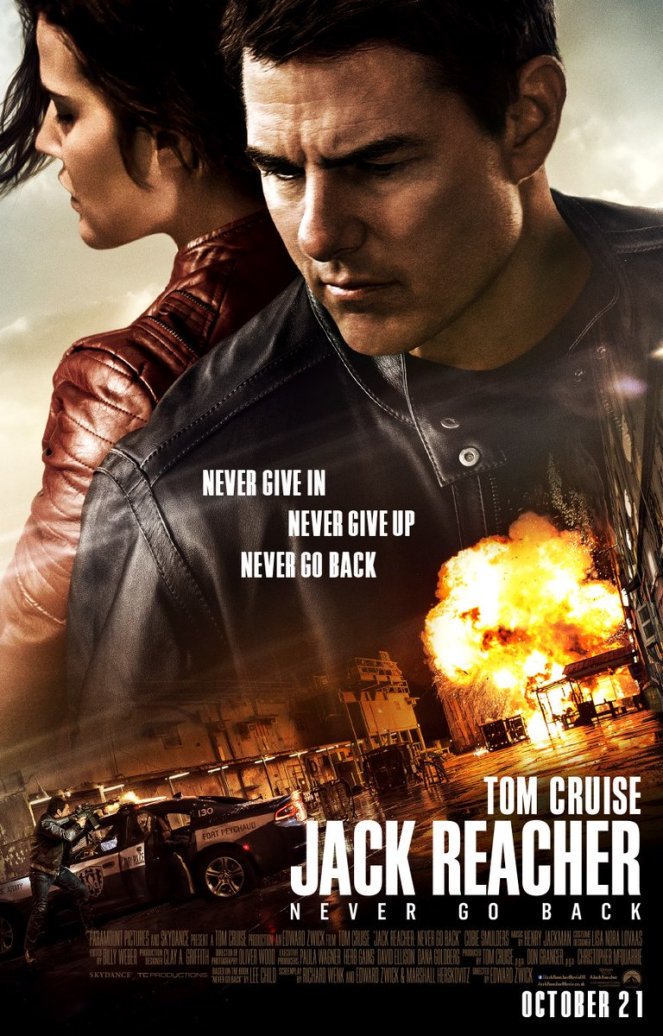 Jack Reacher: Never Go Back is one of the few lamest movies of Tom Cruise. Fans of Mission Impossible won’t be pleased with the material of the movie. The film gives less of MI: Formula and a little pinch of the recent film War Dogs in terms of storyline. What started as a semi-action thriller ended up in cheesy melodramatic formula that somehow a bit off for me. Well, my review is stand alone as I haven’t read the book nor watched the first one. The movie is a hit-and-miss action film that has some decent successions in terms of scenes but a very notable uninteresting storytelling as a whole. Tom Cruise was in his craft but the material of the film doesn’t fit him in some ways. Averagely enjoyable but you can pass this one on theaters. 3/5 stars.