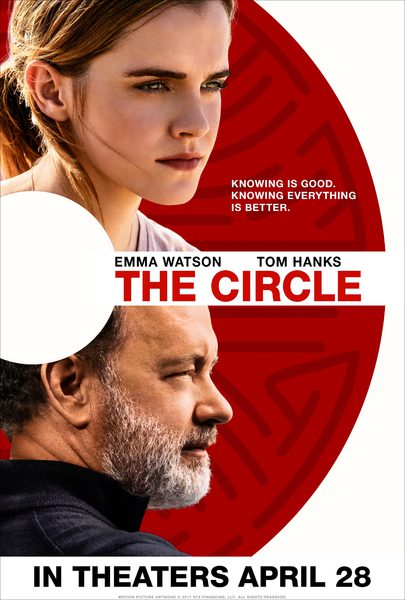 This digital thriller is about Mae finding her lifetime opportunity  to work in the most powerful tech and social media company, The Circle. As she gains recognition in the company, she is encouraged by the company’s founder, Eamon, to engage in a ground breaking experiment that pushes the boundaries of her privacy, freedom and even values. This movie is written and directed by James Ponsoldt under Europa Corp/STX Films.

Past Movies of Tom Hanks: Sully

Past Movies of Emma Watson: Beauty and the Beast is faithful to its classic origins. One of Disney’s finest masterpiece so far.

The Circle is actually a very interesting movie about technology specifically social media. The whole premise is generally relatable since almost all of us use this in our everyday life. Moreover, The Circle is all about the current generation too. The first part of the movie has set the mood well in terms of providing background with the life of Mae and her journey in The Circle on the middle part. The first half maintained my interest and curiosity especially during the scenes when Mae is employed already in The Circle. I loved how the movie introduced breakthrough technology such as cameras and social media in accessing information and videos from people and places all over the globe. The scenes inside The Circle was my most favorite part of the film. Emma Watson and Tom Hanks were also impressive in their roles. Emma was at her natural state. Tom Hanks was still classic. The film will also show you the importance of privacy especially when dealing with the digital world. As a whole, the film is good despite its flaws will be mentioned after this article.

The second half of the film is the major downfall of The Circle. When it landed on the middle part, everything was out of bounds. The momentum was not sustained with very confusing story-telling technique and lack of emphasis on the danger of technology that is essential in contributing to the suspense and mystery factor the movie must deliver. Moreover, the supporting scenes towards the Climax were weak and very uninteresting. It did not supported well the degree of resolution Mae must have in order to fully justify the twist of The Circle. Somehow, the whole plot was not utilized well on its full potential. It could have been mind-blowing given the right blend of script and direction. The film could have explored more on its very wonderful premise. Nevertheless, it was still a good film but not worth-recommending.