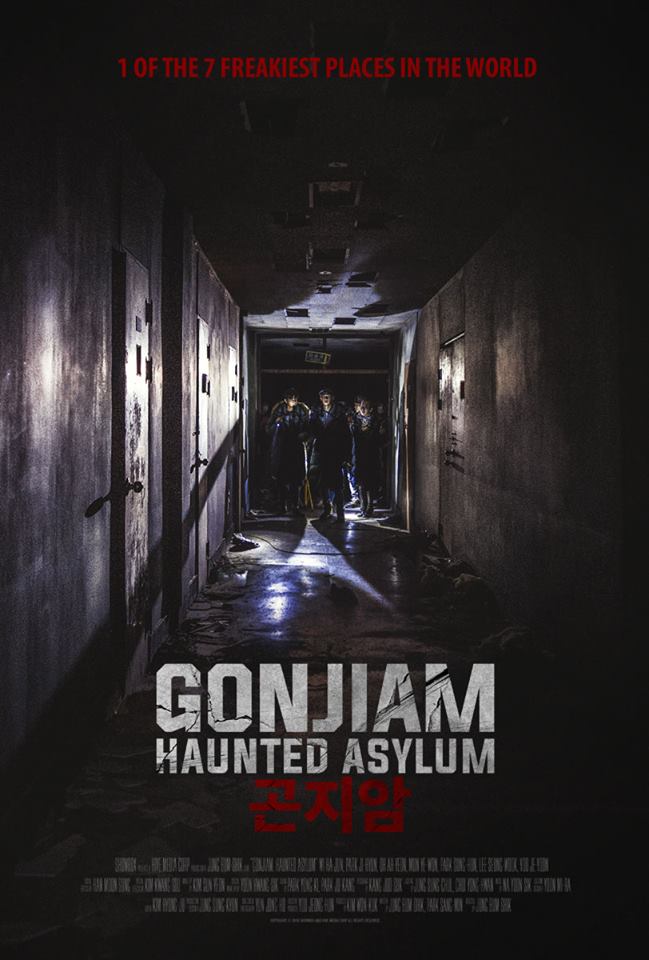 GONJIAM: HAUNTED ASYLUM follows the crew of a horror web show who plan to stream live from inside the asylum. To attract more viewers, the show’s host arranges some scares for the team, but as they move further into the nightmarish old building, they begin to encounter much more than expected. This is directed by Beom-sik Jeong.
Cast: Seung Wook Lee,  Ye Won Mun, Ji Hyun Park, Sung Hoon Park, Ha Joon Wi, Oh Ah Yeon & Yo Jee-yon
Genre: Found Footage, Horror, Mystery

Gonjiam: Haunted Asylum is truly a breakthrough Asian film in terms of the Found Footage Genre. Based on a creepy place in Korea, the movie features an impressive approach on the genre. What I like about Gonjiam is its inclusion of a Live Horror Web Show thing infused with a reality show format. It is somehow good for a found footage material since the video output has variety and clarity is a requirement given the need to document all scenes well. The utilization of drone, go pros and hidden cameras were all utilized well too. Aside from great camera angles, the movie benefited on creepy locations and good lighting effects. Also, the movie is acted by impressive performances from its charming Korean actors and actresses. What is great about Gonjiam is its disturbing and spine-chilling scenes that made me jump-out of my seat for a while. It was brilliantly done. The build up of tension and terror was just right towards a very horrifying climax. They were some scenes that were so hard to forget. Kudos to the staff and crew for pulling off some bad-ass cinematic techniques that will surely scare the shit out of you. The plot may a little bit too familiar but what stood out is the method used by the Director in making this Asian film one of the best in its genre. Highly-recommended for thrill-seekers out there.

The real deal of the movie might start late but it is worth the wait until that disturbing climax.