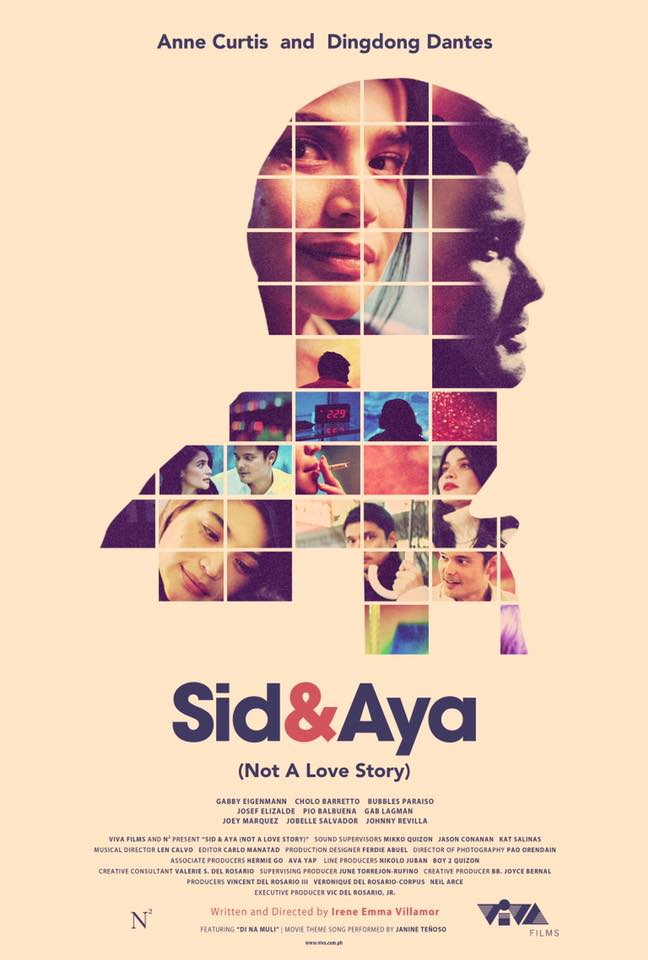 Sid met Aya, a mysterious woman whom he met after asking to spend time with him as he battles insomnia and those long & empty nights. This movie is directed by Irene Emma Villamor under Viva Films.

Sid and Aya is indeed not a love story. The movie is a life story. It teaches us to take risk for the persons we love. The movie is pragmatic and straightforward. It gives us a different kind of views in love and in life. It was raw and realistic. The status inequality was laid down well along with the contrast of characters between Sid & Aya. Sid being an established, well-mannered, handsome and arrogant person at the peak of his career. He is a go-getter and very determined in his goals. Aya, a hardworking middle-class woman who is cool, jologs and outgoing person. She is a family-oriented person. I salute how the Director played creatively the contrast of the 2 main characters and made it look seemless as both of them flaw effortlessly on the film’s promise of love and happy endings. Sid and Aya is not your typical sugar-coated love story. With the addition of scenes in the workplace (PH Stocks Market, Laundry & Coffee Shop), these location add to the complexity and differences of the two characters living their own lives and crossing their path somewhere in between. Cinematography is on-point. Color Grading was perfect. The Japan Scenes were beautiful and impressive. The Soundtrack was great too. Everything is so smooth and flawless. Anne and Dingdon were such a joy to watch and I must say, their first time together on screen was a huge success. They were the film’s gem aside from the unconventional plot material. There is something deep and relevant about the ending. Its a thought-provoking and inspiring to say the least. Overall, I highly recommend Sid and Aya to everyone.

How I wish the movie’s running time was longer. I was craving for more Anne and Dingdong’s scenes.