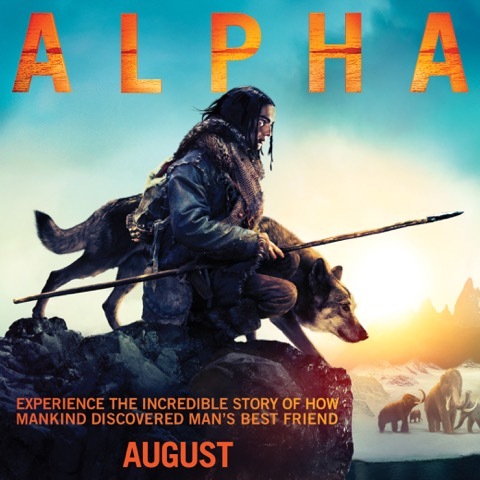 While on his first hunt with his tribe’s most elite group, a young man is injured and must learn to survive alone in the wilderness. Reluctantly taming a lone wolf abandoned by its pack, the pair learn to rely on each other and become unlikely allies, enduring countless dangers and overwhelming odds in order to find their way home before winter arrives. This movie is directed by Albert Hughes under Sony Pictures.
Cast: Kodi Smit-McPhee, Johannes Haukur, Leonor Varela, Natassia Malthe, Priya Rajaratnam & Jens Hulten
Genre: Action, Adventure

ALPHA is a riveting and breath-taking masterpiece sent in the Ancient times about a beautiful relationship between a canine and a human who were both caught with extreme weather conditions and challenging circumstances along their journey. What I like about ALPHA is its Visuals and Cinematography. It was truly a cinematic masterpiece of thrills and actions. The Production Design was impressive. The ICE AGE thing is pretty cool and well-executed. CGI effects of the canine is realistic and impressive too. Aside from an amazing execution, ALPHA is also acted with great actors. For me, ALPHA is a good flick but you may or may not watch it on theaters.

In as much as I would like to love the movie’s impressive and top-notch Visuals and Cinematography but ALPHA is not as memorable as it should be. For me, it is forgettable and lacks enough charm and intensity for it to be remembered for sometime.