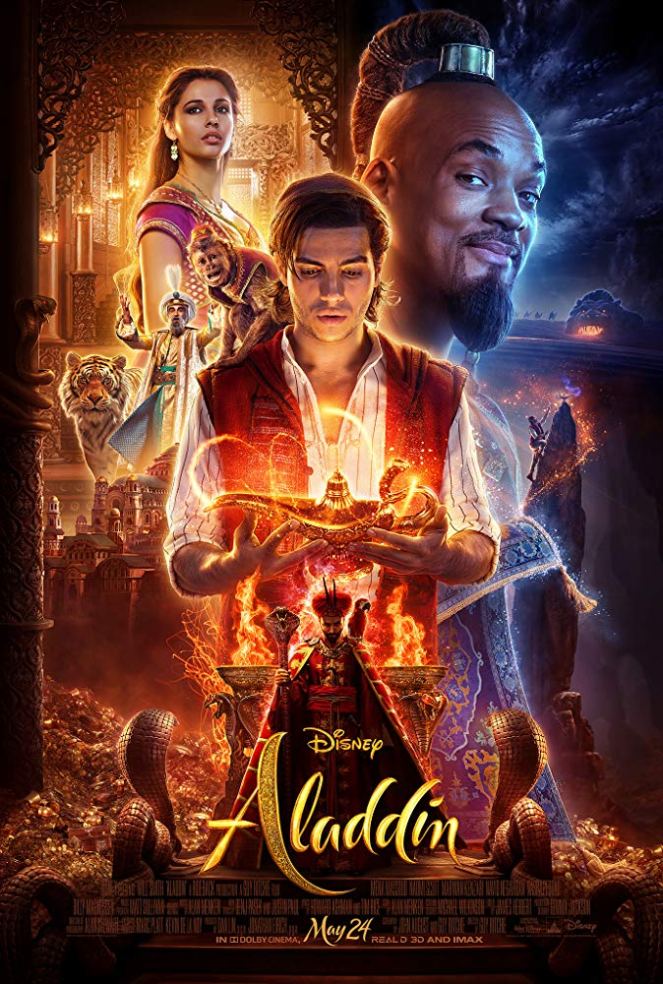 A street rat frees a genie from a lamp, granting all of his wishes and transforming himself into a charming prince in order to marry a beautiful princess. But soon, an evil sorcerer becomes hell-bent on securing the lamp for his own sinister purposes. The first ever Live Adaptation of Aladdin is directed by Guy Ritchie under Disney Movies.

Everything about the first ever Live Adaptation of this well-loved Classic Animation is PERFECT & MAGICAL. Aladdin is basically the love story we all admire during my younger years. It was the Fantasy of my childhood years. And yes, the live adaptation gave justice to this classic masterpiece. What I like about Aladdin is their brave move to cast a not-so-mainstream actors and actresses aside from Will Smith. Aside from that, the live adaptation captured the original content while reinventing a modern approach and minor touches with some details you loved even before. First thing, Special Effects are highly-impressive. I am really amazed on how they visualized the Kingdom where Aladdin and Jasmine lives. Also, the Magic Carpet Ride was brilliantly-done along with Abu (the joyful monkey) and of course, the Genie. The Production Number of Genie during their first meet-up of Aladdin is the movie’s most perfect and highly-entertaining part. It was a visual spectacle and it will truly be one of the books for this 2019 adaptation. The Props, Costumes & Setting were on-point and impressive. I really like the Bollywood-inspired numbers. For the Musical Part, this was also one of the movie’s strengths. It was executed well and it was very engaging & visually-compelling. Jasmine’s Speechless Song was the highlight. Acting-wise, I am pretty satisfied. Mena as Aladdin was the perfect choice. His physical appearance and impressing acting & charm really made him deserving for this role. On the other hand, Jasmine was great and epic. She was the cream and the crop of the whole movie. Her singing parts were great too. Her beauty and charm really made her worthy of the role as Jasmine. The Villain (Jafar) was also a good choice. What I loved the most is Will Smith portraying Genie. He actually proved all the doubts on him on the early announcement of the adaptation. He was entertaining and he was almost perfect for his role as Genie. Parents need not to worry for this movie too since its rated G – General Patronage. Overall as an Aladdin Fan, I am pleased and satisfied. I am so excited for the follow-up movie. I hope they would release it sooner.

C’mon! Everything about the movie is either nostalgic or perfect.