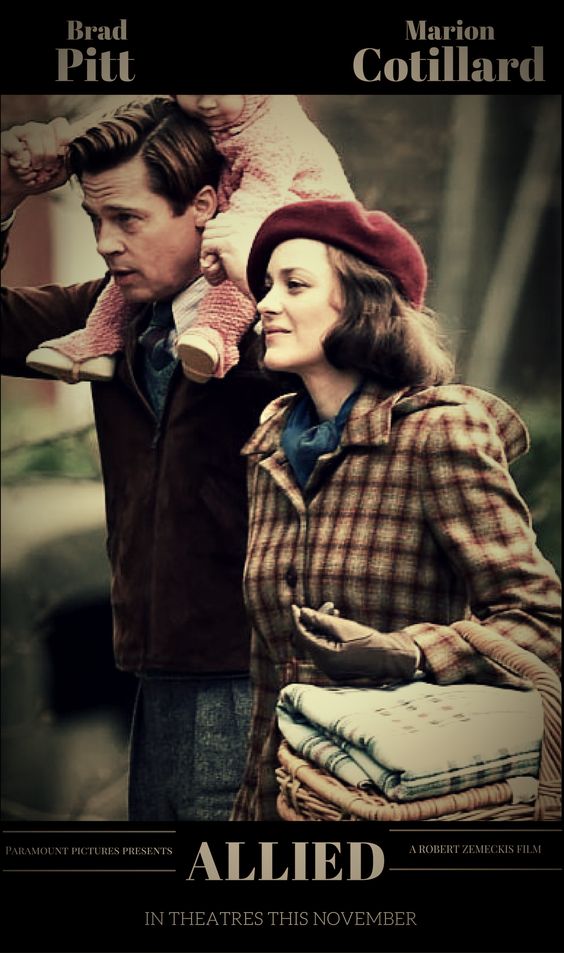 A one-of-a-kind romance about two spies falling in love in the midst of World War 2. A subtle romantic masterpiece with decent performances from Pitt & Cotillard.
Allied is a war romance that may lack character build-up but ended up on the right pace with a little shock. This period film was justified well from costumes, production design, props & setting. The film geared towards more of the love story than the action. The pacing at start may a little be slow but the sequencing was done with the right suspense and build-up towards that climax. Allied will bring you to a variety of emotions as it tell the unique love story of the characters. Actually, I fell in love with the film. Some may not like it because of its running time and some boring scenes but I see a masterpiece in Allied – an old-fashioned war romance that might not be as spectacular and cheesy as other films, but this surely is a movie with depth and classic touch. 4/5 stars.