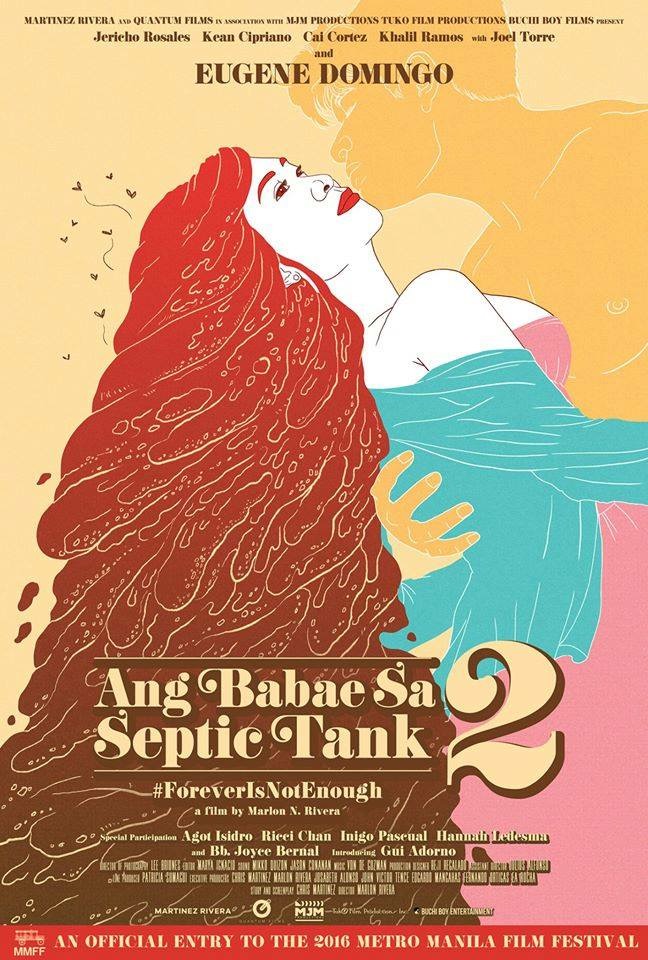 Better and sensible plot than its predecessor. Ang Babae sa Septic Tank 2: Forever is not enough never disappoints once again. If you are a fan of the first film, you will surely love this one. The story still evolve on the story of the well-established film producers but this time, they face a new challenge. I loved how the Director played with the real-life role of Eugene Domingo and the struggles of the film producers to please her considering a variety of factors. This time, the film found sense into one of the character’s back story. Also, the story shows metaphor of mainstream rommcomms nowadays. Aside from its tried and tested comedy formula, the film’s strength lies into its creative cinematography and engaging conversations and sequences. Not entirely spectacular nor inspiring but still a good movie to watch. Loved the characters too. By the way, Eugene’s acting here is good. Giving 4/5 stars.