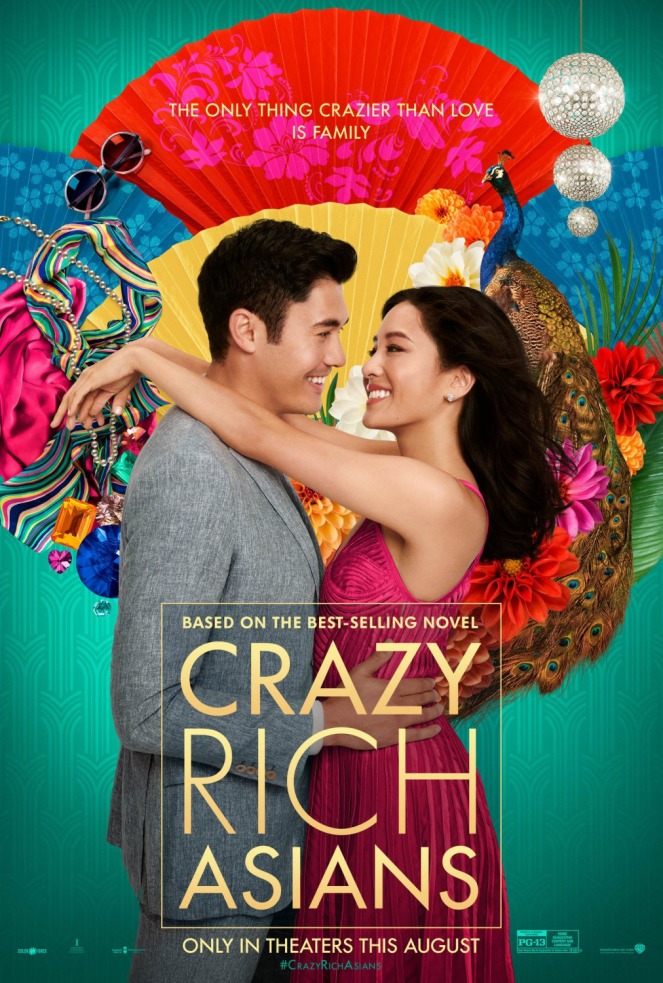 The movie follows a native New Yorker, Rachel, as she accompanies her longtime boyfriend, Nick Young, to his best friend’s wedding in Singapore. Rachel eventually found out that the guy he is dating belongs to one of the country’s wealthiest families and is a sought-after bachelor too. Being on Nick’s arms puts a target on Rachel’s back especially his own disapproving mother. This movie based on a New York best-seller from Kevin Kwan is directed by John Chu under Warner Bros. Pictures.

Crazy Rich Asians is like an expensive gift wrapped with a very fabulous ribbon that is more than worth the price of your admission ticket. The movie is a glittering and golden masterpiece that is consistent from beginning to end. From a non-book review reference, I am very impressed if I based it on the movie alone. What I like about the movie is of course, it’s an all-Asian cast and crew which give it more of a connection for us Asians. More than just a native connection, the Crazy Rich Asians depicts very well various Asian culture and traditions without sacrificing the moral lessons it wanted to impart to its Global audience. After watching it, I must say the CRA appeals to all movies from all parts of the globe. The Crazy Rich Asians picks up from the relationship of Nick & Rachel going into a transition after Rachel finds out that Nick and his family is crazy rich. Crazy Rich Asians was shot beautifully especially showcasing Singapore and nearby islands. It lives up to its title since all the locations, fashion statements, food, activities and even to the tiniest details was covered with expensive glitters. Production design-wise, the movie exceeded my expectations. Singapore was the best choice of the movie’s setting. I loved how CRA utilized well the Marina Bay Sands and some of Singapore’s iconic tourist spots. Aside from an impressive production and cinematography, Crazy Rich Asian’s strength lies from its interesting, out-of-this-world, hilarious and very talented cast. I have never seen a film filled with so many amazing and impressive characters. Henry & Constance were both perfect for the role. Their chemistry is undeniably strong. I must commend Constance as Rachel on CRA since she nailed the role. Henry as Nick on the other hand was the dream Asian bachelor everyone dreams about. The comic support of Awkwafina is truly one of my favorite parts in the movie. She just brought so many things on the table. Michelle Yeoh was a perfect mother villain too. Crazy Rich Asians brings enough spectacle and emotional pinch especially when talking about fighting for your love against all odds. Also, it imparts valuable family lessons that is truly relatable despite the extravagant packaging of the film. In the end, CRA reconnected and was a success in delivering its message to us viewers. I am just so excited to see the sequel. Worth-watching and highly-recommended to everyone.

In terms of the ROMCOMM Formula, the Crazy Rich Asians falls short but for me, it is totally forgivable.