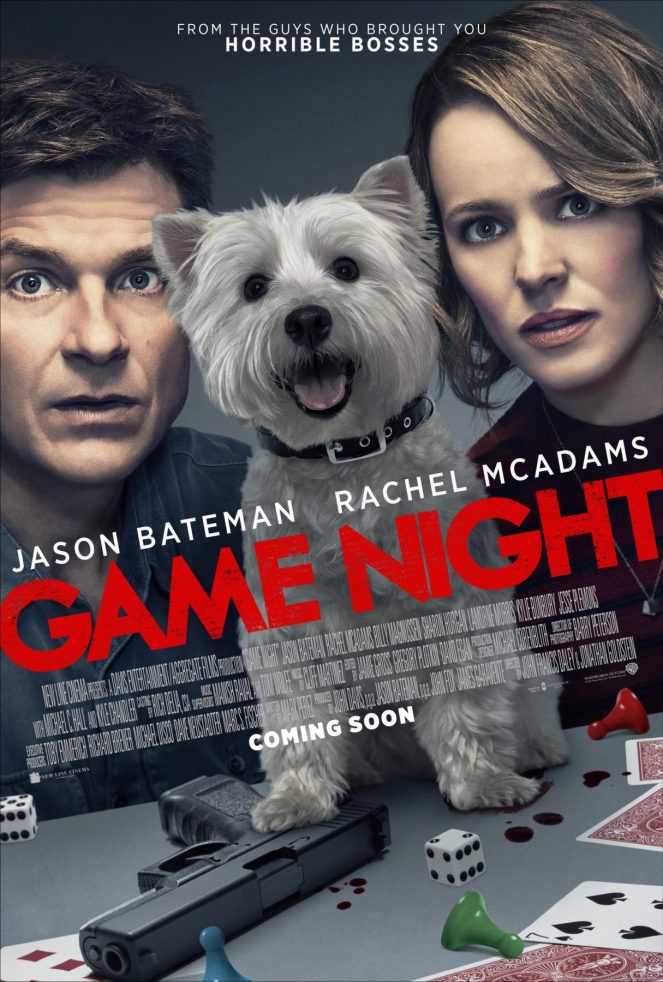 Max and Annie, whose weekly couple’s game night gets kicked up a notch when Max’s charismatic brother arranges a murder mystery party, complete with fake thugs and faux federal agents. Over the course of one chaotic night, the friends find themselves increasingly in over their heads as each twist leads to another unexpected turn. With no rules, no points, and no idea who all the players are, this could turn out to be the most fun they’ve ever had. Game Night is directed by John Francis Daley and Jonathan Goldstein under New Line Cinema.

Game Night offers a very dynamic plot that successfully mixed up Comedy, Mystery & Thriller formula into one exciting ride. What I like about Game Night is its variety and the inclusion of unexpected twists and turns piled up into a once crazy set. It was pretty much loaded with everything but in the right amount. Comedy was on-point and the cast need not to be exaggerated to be funny. Script is impressive as well and conversations are naturally entertaining. I consider Game Night is an Adult Comedy type offering decent laughs and enough thrills and mystery to keep you guessing and doubting even until the end credits. I never imagined how a chaotic and a little messed-up story-telling can be this fun. Despite this impression, I still see a cohesive and solid foundation of the movie. Acting chops are also impressive. The comic tandem of McAdams and Bateman is pretty charming and very effective. I find them adorable at most scenes. The chemistry of the other couples are also great. The variety of personality in the circle of friends added to the movie’s engaging plot. Game Night also offers a unique plot material that is quite new in Hollywood. Overall, it was clever, fast-moving and generally-entertaining.

The plot has the tendency to bounce off many times and may not be pleasing with other audiences and it has also a formula to be a little bit forgettable.