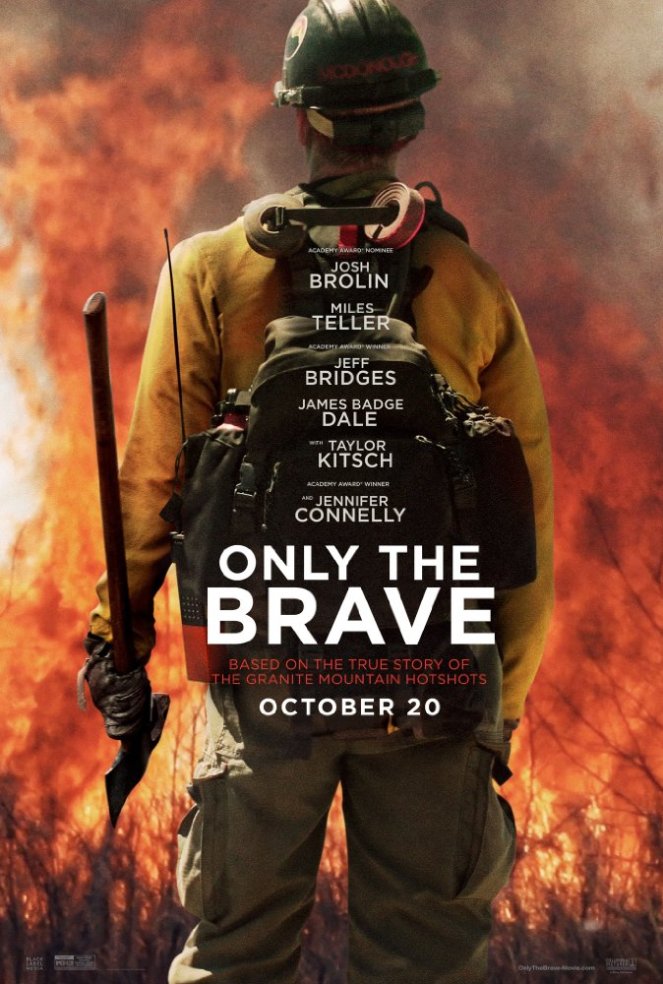 Only the Brave is based on the true story of the Granite Mountain Hotshots incident. This is the heroic story of one unit of local firefighters that through hope, determination, sacrifice, and the drive to protect families, communities, and our country become one of the most elite firefighting teams in history. This movie is directed by Joseph Kosinski under Columbia Pictures.

Only the Brave is one of the rare based-on-true-account movies in Hollywood that is consistent, accurate, heartfelt and raw. Its really a fitting tribute to the heroes of the Yarnell Wildfire depicted by great performances from its veteran actors and a storytelling technique that is both direct and honest. This is how a tribute movie should be. It may be a little bit slow at first but what made it effective on the big screen is its engaging sequences that will build up to that emotional climax. Its more or less dramatic as a whole that goes deeper into the lives of the firefighters and the genuine brotherhood formed amidst their dangerous job. What I like about the film is that the heroism formula is shown in various ways from their private lives down to their everyday duty as a firefighter. It has the right mix of drama, comedy, action and a storytelling technique that is inspiring and moving especially the ending part. It was not a full tearjerker for me but I was emotionally attached to majority of the scenes. Jeff Bridges never fails to deliver a satisfying performance. I must commend Miles Teller on this one. Finally, I am really impressed with Teller’s powerful acting for the film. Overall, its a good movie but you can pass this one in Cinemas.

If you are expecting some intense action sequences on this film, Only the Brave offers only an average amount of it as the film focused on the deeper emotional aspect of the plot. Its a bit long and the cinematic approach is subtle.