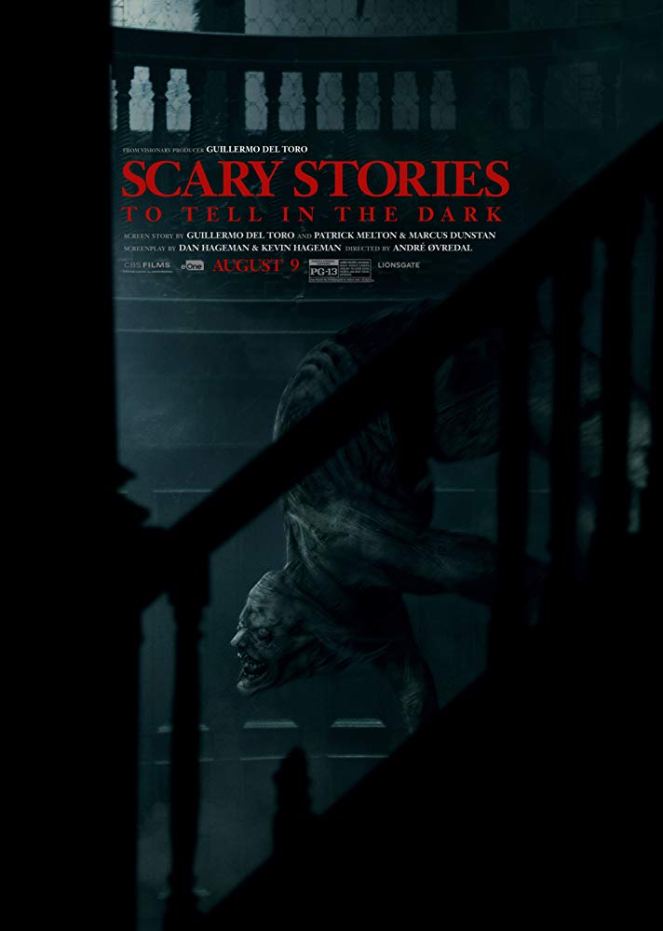 Far removed from the unrest in the cities is the small town of Mill Valley where for generations, the shadow of the Bellows family has loomed large. It is in their mansion on the edge of town that Sarah, a young girl with horrible secrets, turned her tortured life into a series of scary stories, written in a book that has transcended time–stories that have a way of becoming all too real for a group of teenagers who discover Sarah’s terrifying tome. This movie is directed by Andre Ovredal under CBS Films & Lionsgate Films.

Scary Stories to tell in Dark are one of the few Supernatural Horror Movies that is actually impressive and very coherent in terms of story-telling and terrifying sequences. First of all, the plot is unique and the concept is entirely new in the horror genre. The whole film was right in choosing teenagers or young characters as leads. Also, I really loved the creatures being featured here. Given that it is jam-packed in one whole film, the movie didn’t felt dragging or weary. It started off as a myth or legend about Sarah Bellows and her family. As the movie progresses, it gets darker and darker and even terrifying. It is not as terrifying as other horror movies Hollywood has ever made but it did bring some freaky feels and some disturbing sequences that are really quite memorable. Moreover, I love the blend of adventure and comedy on this film. It gave TRICK OR TREAT a new face too. The Horror is just right. It is not one of those downright jump out scares, tension builds slowly as the character discovers the mystery behind that book. Some of the death scenes are well-executed. Actors and actresses are impressive too. The Climax is really thrilling too. The film is best enjoyed with a round of popcorn and soda.

Because of its SUPERNATURAL FEELS, others may find it less darker and less scary. But for me, it is a good flick.