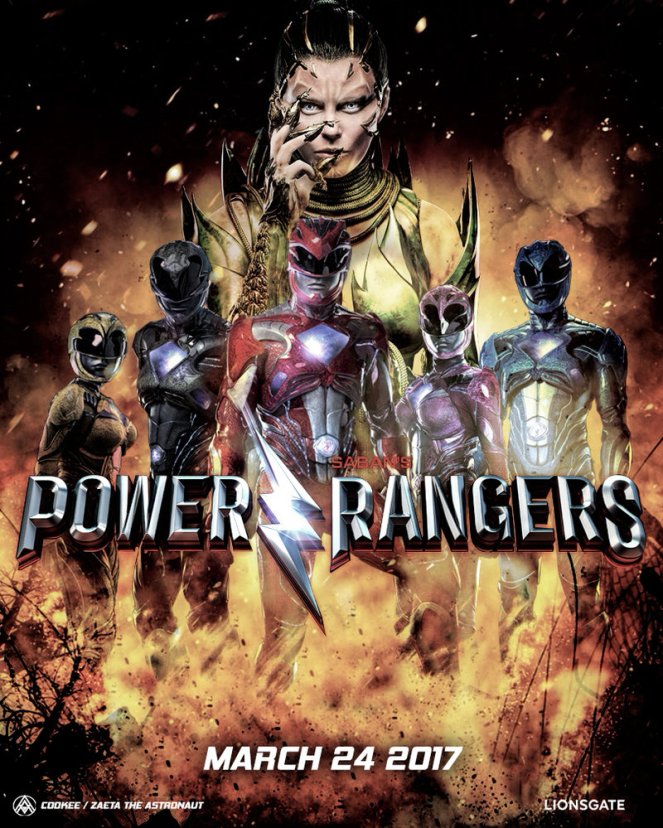 The modern adaptation of the Mighty Morphin Power Rangers is here. The films is about a group of ordinary high school kids find themselves possessing extraterrestrial powers and must work as a team to fight the evil dark forces that threatens to conquer the world. This movie is directed by Dean Israelite under Lionsgate Films.

Cheers to my childhood. The 90’s feel is resurrected with this modern adaptation of the world’s original league of superheroes – Power Rangers. In all aspect of the film, Power Rangers have captured my heart and interest from beginning to end. The Director has successfully brought justice to this very wonderful team of superheroes that we all loved before. What is good about the film is its safe zone. The film is set on a small town and evolved in a group of high school kids. Aside from that, the Director did an amazing job in telling the back story of the Power rangers. It started upon their discovery of the colored stone. After that, the film will bring you to an emotional ride and struggle of the characters until they have reached their Morphine time. The movie has engaged and glued its audience with good cinematography, better visuals, great sound engineering and interesting conversations. Also, the movie’s strength is the perfect timing of its humor. I also commend the characters. All 5 of them did a great job in their own portrayals. Loving the character build up as well. Its parallel with today’s generation which somehow an edge over the old version. Hats off to the villain- Elizabeth Banks for pulling off some great acting too. Power Rangers is 70% establishing the plot and back story and 30% Action. Despite the 30% action formula, it was done and executed very well. I loved the visual effects especially during the climax. I also loved the Production Design of the movie. The space ship or command center was cool too. Its a popcorn movie that will really please fans of our generation. I think non-fans will also loved it too. Well, nothing to spoil in the plot because the formula of the original piece stays the same. What makes the 2017 Power Rangers great is its greatlY executed story-telling technique and action setting that make you wanna crave for Part 2 the soonest. By the way, I loved the Jingle. Go Go Power Rangers!

For non-fans and even some fans may not like the movie much because the climax or action scenes are less but I believe it was so essential to build a stroung foundation of the story at first. Also, how I wish the Jingle was played a little longer. Hopefully, visual effects will be better though it is already great in the movie. Overall, justice was given to Power Rangers. Anyways, Krispy Kreme’s Marketing is the best.