Despite his family’s baffling generations-old ban on music, Miguel dreams of becoming an accomplished musician like his idol, Ernesto de la Cruz. Desperate to prove his talent, Miguel finds himself in the stunning and colorful Land of the Dead following a mysterious chain of events. Along the way, he meets charming trickster Hector, and together, they set off on an extraordinary journey to unlock the real story behind Miguel’s family history. Coco is directed by Lee Unkrich & Adrian Molina under Disney Pixar.

Coco belongs to one of Disney/Pixar’s masterpiece that has truly made its mark in the roaster. What I like about the film is how it creatively and brilliantly interpreted the theory of life after death in a manner that is family-friendly and captivating at the same time. Coco is highly-entertaining and inspiring at the same time. I am impressed on how was the plot laid out. The sequences were great and the phasing was just in parallel with its twist and turns in preparation of a climax that will truly capture your emotion. Coco is a rollercoaster of family values, drama, comedy and adventure that would keep you on your seats until the end. I really loved the part where the after life was shown. It was just mesmerizing and visually-stunning. Sound engineering is impressive too. There were some entertaining musical numbers. I really love the Mexican influence of Coco. Expect a whirlwind of emotions while watching. Never I have expected to cry buckets after. It touched a certain emotion in me that is usually felt when you experience losing someone you love especially your family. Overall, it is a highly-recommended flick rich in various family values and an eye-opener about death and life. Plus, the “Remember Me” OST was sang by Iñigo Pascual.

Naaah! Coco was way better than Frozen for me.

Finding Dory brings back so much great memories of Finding Nemo. And yes, the wait was worth it. This Pixar and Disney masterpiece takes you to another exciting journey to the sea. With addition of new lovable characters, Finding Dory is all but pure and heartwarming entertainment for the whole family. It may have a resemblance of the 1st film’s formula, but this film will stand alone as one of Disney’s finest animated flick to date. It may not be as adventurous as the 1st one, but the story and lessons are deep this time. Worth-watching again. 5/5 stars. 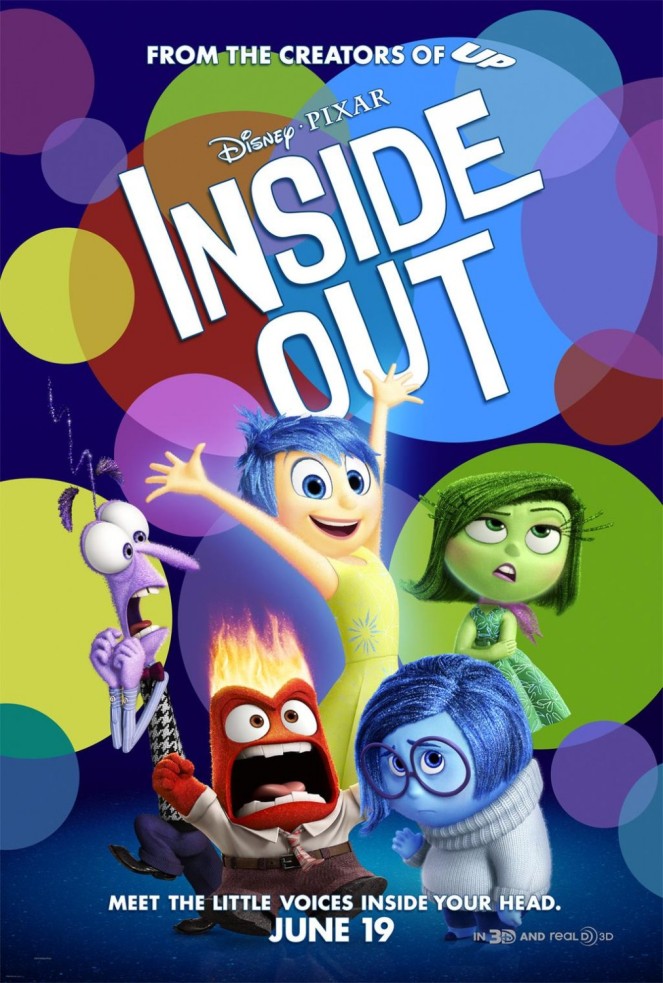 Disney Pixar never fails to bring worthy animated flicks with the addition of Inside Out. Imaginative, brilliant and heartwarming. This film is a roller coaster of emotions and right amount of adventure for some colorful journey in the world inside our minds and dreams. With great voice characters and visuals, Inside Out is a memorable Disney masterpiece that benefited from its unique and satisfying storyline bearable for adults and fairly enjoyable to kids. How I wish there was more for other emotions aside from Joy & Sadness but the Twist is brilliantly crafted 🙂 I must give at 5/5 stars